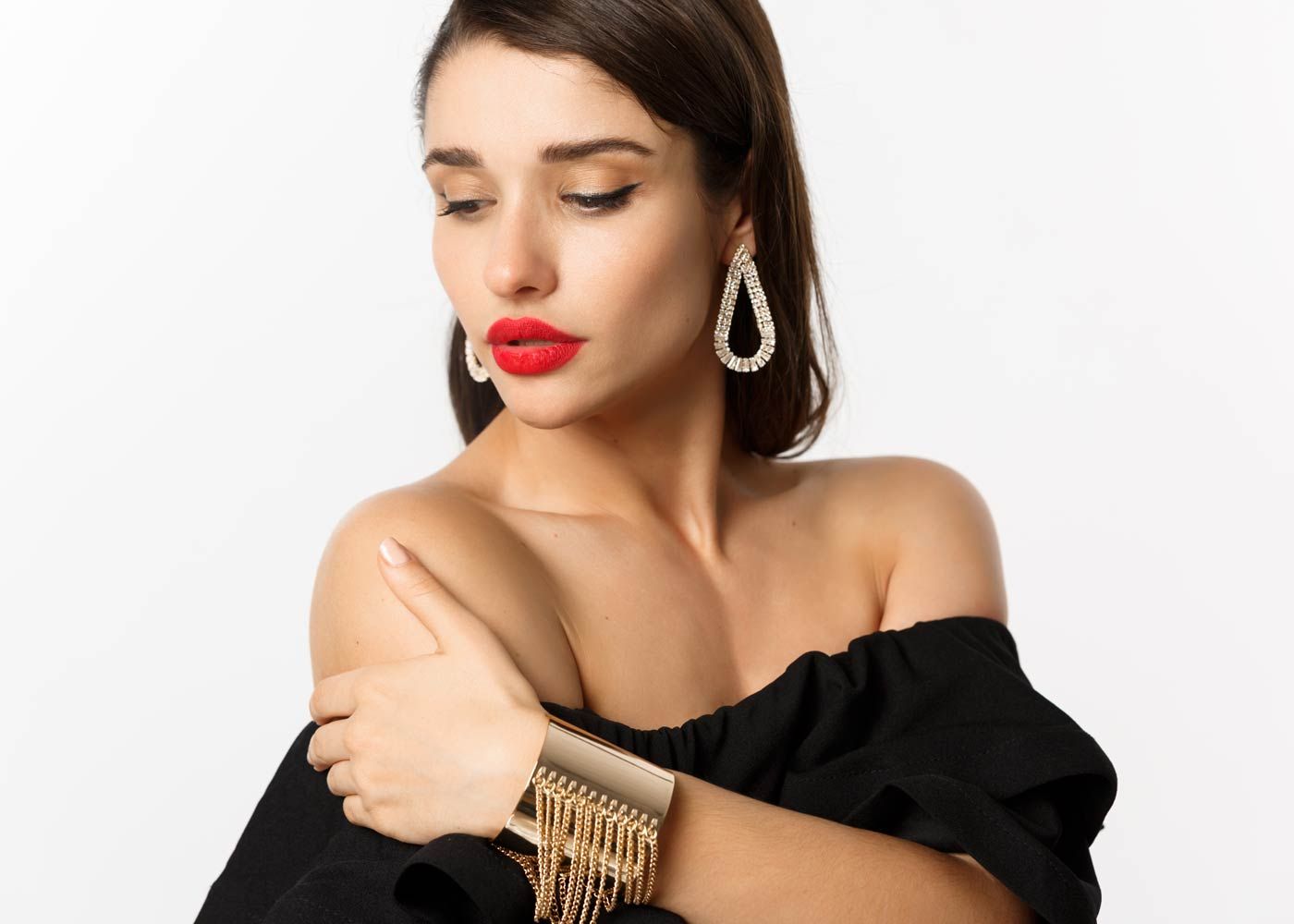 By Duvall O’Steen
This article was originally published in “Jewelers Suite JHJ Magazine.”

By Duvall O’Steen
This article was originally published in “Jewelers Suite JHJ Magazine.”

Coming out of lockdown, fashion designers were clearly ready to move as the Fall/Winter 2021-2022 runways were full motion and play. Designers were also predicting the effects of climate change, offering cool silhouettes in the winter months. Luckily, jewelry played a prominent role, especially gold and floral motifs, and pearls continue to make important statements.

Movement was prominent on the runways for Fall. Releasing that couped-up lockdown feeling inspired lots of fringe, in both jewelry and fabrics. Long ropes of beads and/or pearls swayed as necklaces at Chanel and Dolce & Gabbana, while Jil Sander built the look into the fabric itself. Jean Paul Gaultier and Prabal Gurung styled their looks with jumbled pearl strands instead, both short and long. Shoulder duster fringe earrings were prominent at Lanvin, Danielle Frankel, Etro and more. Worn with the trending tone-on-tone tailored suits or cropped jackets or corsets, the look is reminiscent of the ‘20s Flapper and equally empowering. 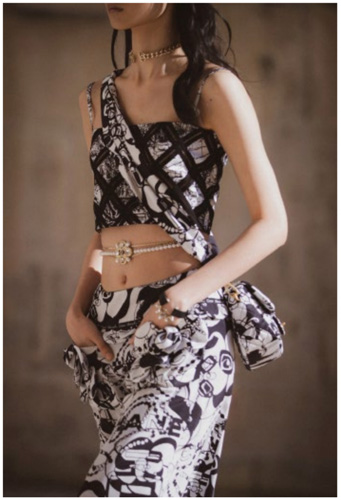 Crop tops and cut out fabrics abound for the season. These are unusually cool looks for the winter months, with lot of skin peeking through. It is no surprise that the bare midsection is getting bejeweled. Saint Laurent opted for a large gold flower at the navel. Chanel featured pearls and gold with a pendant just above the belly button. Wide bead-studded belts reigned supreme at Carolina Herrera and Isabel Marant, while Blurmarine, Dolce & Gabbana, and Marine Serre featured layered chain belts. Giambattista Valli topped his dresses with bold pearl headbands. This “halo effect” (Vogue) was also seen with sweaters at Chanel and cut out fabrics at Alyx. Notable headbands were also seen at Simone Rocha and Erdem, while Badgley Mischka, and Fendi turned their headbands upside down, worn along the base of the skull.

Flowers and Pearls at the Ear

The ears for Fall/Winter, if not decked with fringe, will be swinging pearl drops or oversized flowers. Pearls were prevalent, with designers like Carolina Herrera, Chanel, and Alessandra Rich choosing sizable baroque pearl drops. Oscar de la Renta paired his with the chic and trendy lavender hue. Christian Dior opted for the simplicity and luster of pearl studs. The pearls pair well the many cable knits for the season and sweaters vests from Altuzarra, Fendi and Salvatore Ferragamo. Floral earrings were big, colorful, and bounteous at Alberta Ferretti, Simone Rocha and Y Project. 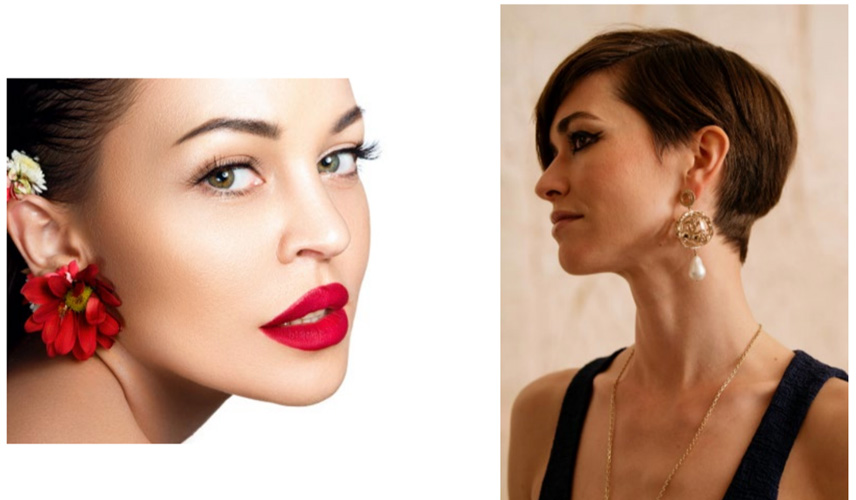 Big bold chokers, along with the oversized earrings mentioned above, show the Zoom influence on fashion and the importance of accessories. Large pearls at Dolce & Gabbana were paired with fringe, sheer fabrics and puffy coats. Christian Dior topped high necks with pearls and gold, while Chanel partnered black and white fabrics with multi-strand pearl chokers. Large floral motifs in short necklaces were seen at Saint Laurent, as well. Flower brooches also adorned many tailored suit jackets from artists like Schiaparelli, Prabal Gurung and Peter Do. 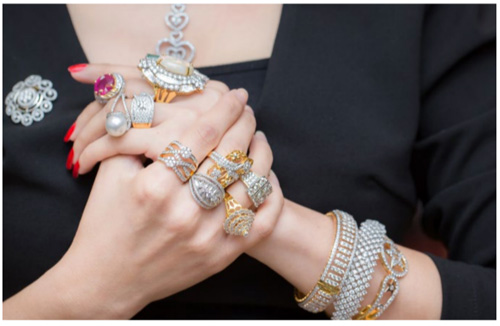 Rings also up the ante this season with bling being worn on multiple fingers. Dries Van Noten opted for pearl and gold rings, while Schiaparelli featured flowers on every finger. Stella Jean and Ports 1961 had large cocktail rings on at least three fingers, if not more. Metal rings gave an urban edge to the hands at Miu Miu and Temperley London. Black is back in a big way this season, and gemstone rings will add some delightful color. The more the merrier.

Author: Duvall O’Steen is a veteran jewelry publicist and brand strategist based in New York City. Following her tenure at World Gold Council as Director of Jewelry PR & Promotion, she began freelancing, working steadily with both designer brands and retail clients, as well as the boutique PR firm Luxury Brand Group.