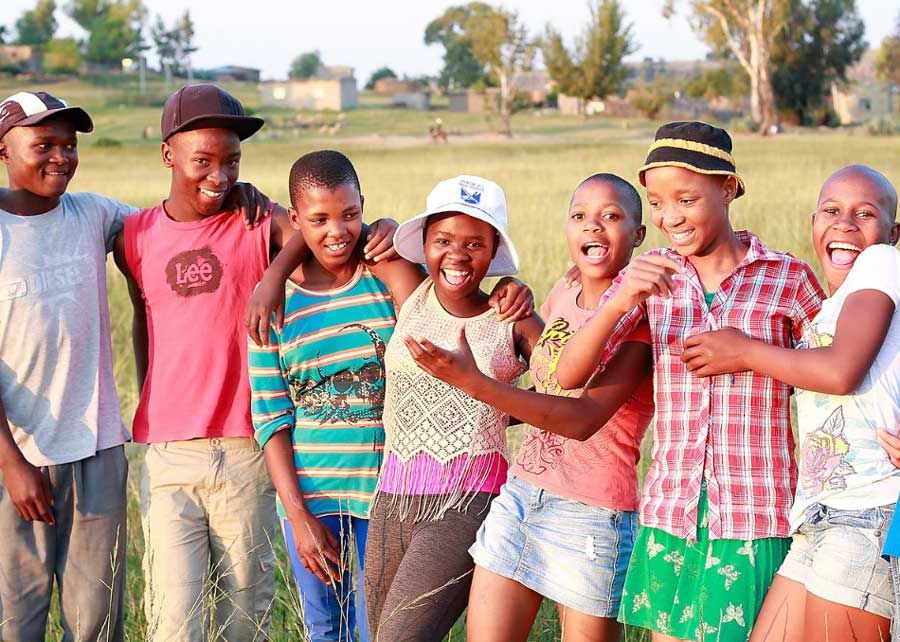 Diamonds Do Good, the nonprofit organization founded to improve the lives of those working in or affected by the diamond mining industry around the world, was the talk of the jewelry world a few years ago, particularly for their educational initiatives in Tanzania and South Africa. Today, they don’t seem to get as much attention, but they are still hard at work doing their part to make the mining industry more just and equitable. Let’s take a look at where they came from and what they are up to now.

What's Going On with "Diamonds Do Good"?

Diamonds Do Good, the nonprofit organization founded to improve the lives of those working in or affected by the diamond mining industry around the world, was the talk of the jewelry world a few years ago, particularly for their educational initiatives in Tanzania and South Africa. Today, they don’t seem to get as much attention, but they are still hard at work doing their part to make the mining industry more just and equitable. Let’s take a look at where they came from and what they are up to now.

History of the Organization

Diamonds Do Good began in 2007 as the Diamond Empowerment Fund. The primary purpose of the organization was to aid children in diamond mining communities. Inspired by Nelson Mandela, their original focus was on South Africa and its neighboring nations, but they soon grew to have a presence in India and around the world, especially the developing world, and anywhere involved in the diamond industry, from mining to cutting and polishing all the way to retail. When we think of the harmful aspects diamond mining, we tend to think of the environmental damage wrought by multinational mining operations, but the Diamond Empowerment Fund also worked to resolve the issues of child labor, human trafficking, and labor exploitation in the informal artisanal and small-scale mining sector. In 2019, the Diamond Empowerment Fund rebranded itself, after its highly successful slogan, as Diamonds Do Good, continuing the same mission under a new name.

Throughout their 15 year history, the Diamond Empowerment Fund and Diamonds Do Good have partnered with jewelers around the world to give back to the communities that make the diamond industry possible. One of their early endeavors, a partnership with Tanzanian model and entrepreneur Flaviana Matata, helped Tanzanian girls attend school and achieve their educational goals. The money raised provided these students with everything from basic school supplies to the school buildings themselves. Some of the young women went on to attend Ivy League universities in the United States.

From South Africa to the Northwest Territories of Canada, Diamonds Do Good has offered scholarships to hundreds of young people living in mining communities. The educational opportunities the organization has provided have, in a meaningful way, returned some of the profits of diamond mining back to the people at the top of the supply chain. But their efforts not only help miners and mining communities, but people in the places where diamonds are cut and polished. As 90% of diamonds are cut and polished in India, communities in that nation in particular benefited from Diamonds Do Good. Their first beneficiary in India was Veerayatan, an educational institution awarded with a $50,000 grant, with total donations reaching $100,000 in 2015.

Where Are They Now?

Many initiatives such as these were well-publicized at the time, but what is Diamonds Do Good up to now? Even with less recognition, DDG continues to expand its presence around the world, from mining communities to polishing and cutting communities to underserved communities in the United States. Their efforts highlight BIPOC-owned businesses, like Greenwich Jewelers in New York City, and efforts by US-based jewelers to give back to their local communities. One such jeweler is Shane Co., based in Colorado, who donated $100,000 to the Kids In Need Foundation during the pandemic.

But DDG hasn’t been without its difficulties. In response to the Russian invasion of Ukraine, the United States imposed sanctions on a number of Russian businesses, diamond mining company Alrosa. Shortly thereafter, Alrosa USA closed its doors. Rebecca Foerster, president of Alrosa USA, also resigned from her position as president and board member of Diamonds Do Good at that time. Though an industry veteran committed to making diamond mining more ethical, Foerster stepped aside to allow DDG to focus on its mission.

That mission continues today, with DDG partnering with some of the largest jewelers in the world. Consumers want to know that they are not doing harm with their purchases, that the products they buy are ethically sourced, as evidenced by the growth in the lab-grown diamond market. Donating to Diamonds Do Good is still a powerful way for retailers and suppliers alike to demonstrate their commitment to empowering miners and their communities, to show that the “lab-grown ethical, mined unethical” dichotomy is sometimes a false one. Mining, whether large or small-scale, can be done in ways that are less harmful to the environment, in collaboration with indigenous peoples, and with respect and fairness for those who work in the mines. Diamonds Do Good is helping to prove that.

DDG continues to show its commitment to ethics in the diamond mining industry with its latest initiative, “5th C = Community,” launched at the 2022 AGS Conclave. “The focus of the initiative,” according to a DDG press release, “is to give consumers a better understanding of the industry’s commitment to creating social and economic opportunity for everyone who comes in contact with diamonds along their journey from mine to retail.” Through a decade and a half of momentous change in the diamond industry, organizations like Diamonds Do Good are still pushing the industry forward.